After losing to Barcelona 1-0 in the first leg of the UEFA Champions League, Manchester United welcomed West Ham United to Old Trafford. This match was important for Manchester United in their pursuit of Champions League football for next season. After the bright start to his managerial tenure, Ole Gunnar Solskjaer has struggled since that famous victory over Paris Saint-Germain. With only one victory in his past five matches, Manchester United needed these three points to stay in contention for a top-four finish.

This was a grinding victory for the home side, as West Ham United played well for large parts of this match. With two penalties, Paul Pogba scored the goals that ensured that Manchester United took all three points. West Ham United attacked well in an open match, bringing themselves level only five minutes after the half-time break. It took a penalty in the 80th minute for a foul on Anthony Martial before United were finally able to put this match to bed. 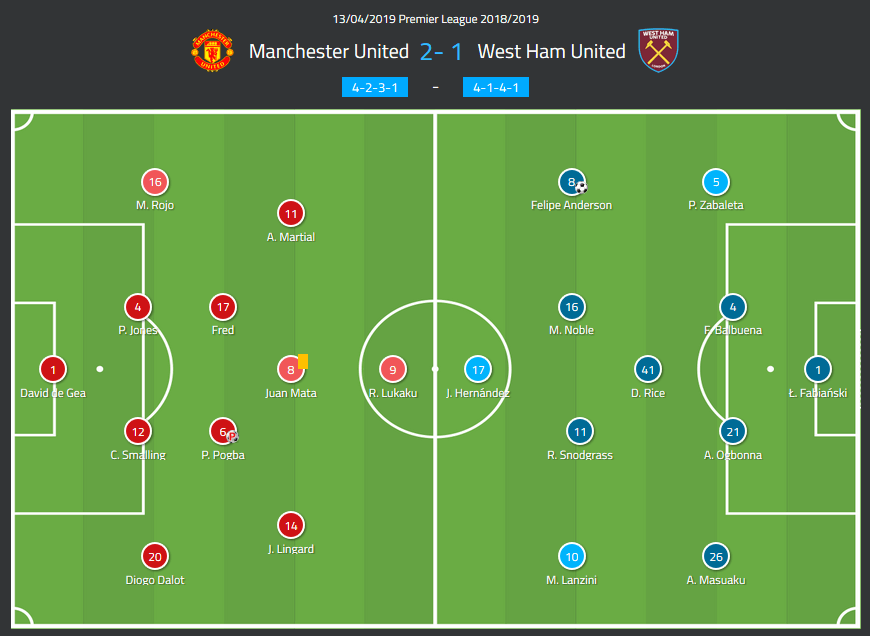 Ole Gunnar Solskjær made five changes from the side that lost 1-0 at home to Barcelona. Ashley Young and Luke Shaw both missed this match through suspension, while others such as Victor Lindelöf, Scott McTominay and Marcus Rashford started the match on the bench to rest before the return leg against Barcelona. Phil Jones and Marcos Rojo started in the backline, while Jesse Lingard, Juan Mata, and Anthony Martial all started as the attackers behind Romelu Lukaku.

West Ham’s Diop Impresses On Return To The International Scene

Cahill Linked With West Ham Move But How Does He Compare...

Fredericks Out Until New Year But How Much Will West Ham...