Declan Rice is one of the brightest talents of the Irish football. He just 19 years old, but already made some footprint on football.

He won the honour of the young player of the year both at West Ham United and the Republic of Ireland U17 in 2017. Also, in the last season, he just finishes behind Arnautovic at the Hammer of the Year award.

After leaving Chelsea youth team and joining the West Ham United academy, he went through all the West Ham’s youth teams. Until the under 23, where he accomplished some success, he arose the coaches’ interest at the senior team, thus he made is debut in 2017. Then he got promoted to the senior team, where he played under Slaven Bilic and David Moyes in the last season.

Although there was some discussion over his payment at the beginning of this summer, now his future at West Ham is stable. With a new manager on board, Manuel Pellegrini count on him, thus this season will be a great step in his career, therefore it is time to take a look in his abilities and playing style.

Started as a centre-back with a great skill-set in technical abilities and with good physical abilities, like the pace. Otherwise, nowadays these attributes are common requirements for a centre-back. Just think to Raphael Varane, who recently proved at the World Cup that now he is the best defender in the World.

Varane is great at tackling, acceleration and a good friend with the ball, and these also true for Declan Rice. He likes to tackle, especially slide tackle. He is good at sliding tackle and often using that tool, the stats are average tough. Tackling 1,4 per match, intercepting 1 in 90 minutes and clearances is around 2,7 per match. 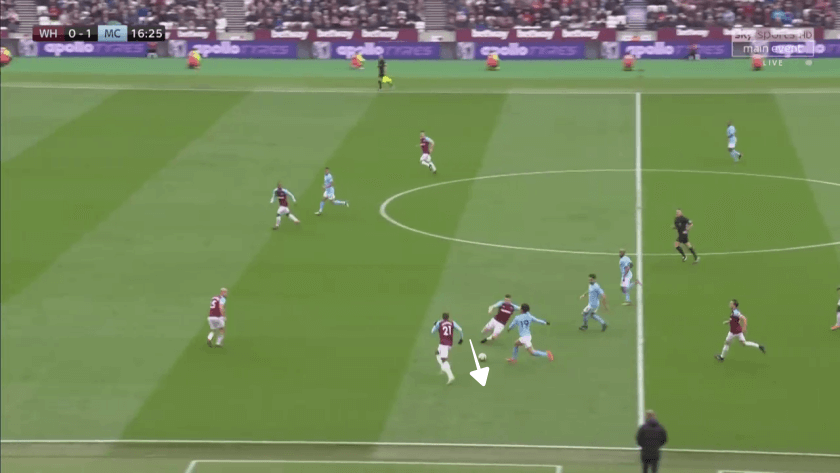 However, as I said he got pretty good technical abilities, which contains the ball controlling and passing skills, and has potential in through balls. He also likes to progress up the field, so he capable of playing in the midfield in a defensive role. Already have some experiences in defensive midfield position due to the fact that he played in Ireland National team as a defensive midfielder and also played few times at West Ham. 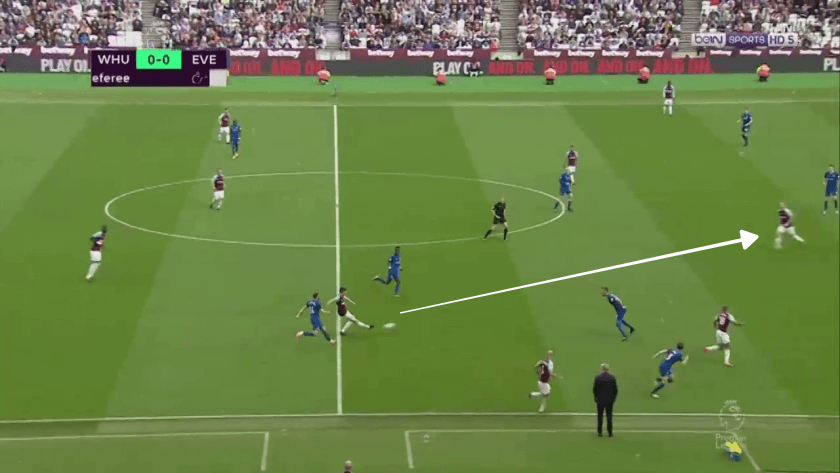 In this situation, he played as side-back against Everton and after beating his opponent made a diagonal pass towards forward team-mate. Thus he is useful not just in defensive phase, but in the offensive phase. This line breaking pass is a perfect example for that. 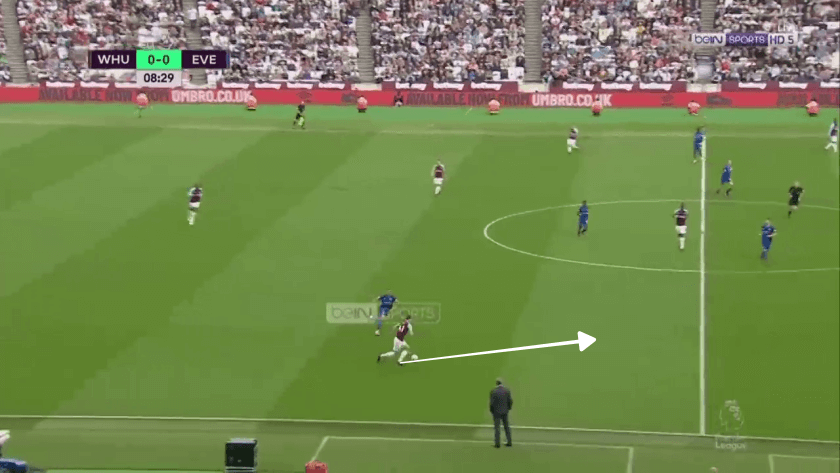 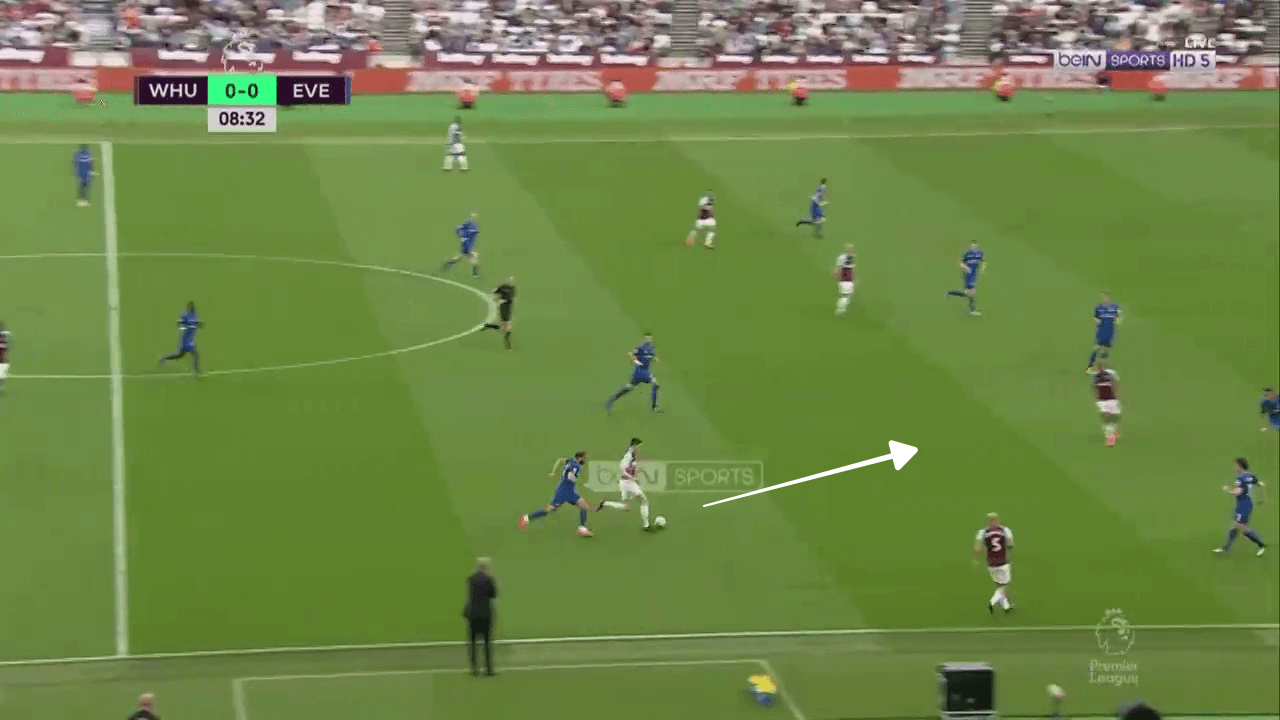 After receiving a pass he quickly progressing up in the field then help with a combination to breakthrough the opponent’s defence at the right wing.

As a Defensive Midfielder

Manuel Pellegrini, the new manager at the West Ham also realised his skills and potential, thus he will probably featuring as a defensive midfielder. The preseason also indicated this due to the fact that he played in that position in the preparation matches.

If you have the intention to play in the midfield you must be good at ball controlling and in first touches. As I see, Declan is great at first touches that I am going to prove in the following cases.

You can see the moment when Declan receive a pass against Ipswich Town. Also, noticeable that the opposing player was in the movement to press the new ball-carrier. Declan with the first touch allowed him to pass quickly to the team-mates before the opponent player reaches him. 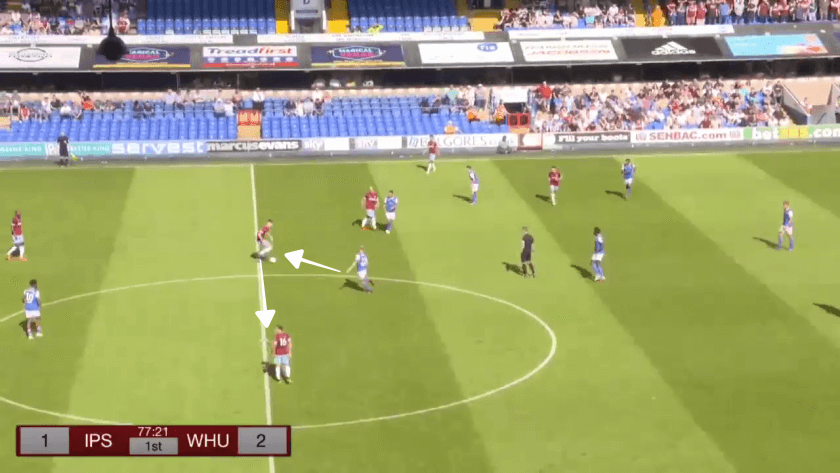 He got a habit to go where the ball goes, thus he played in all midfield and again with the great skill in first touches he can help his team to outplay the opponent’s lines. In this situation, he received the ball in high pressing, but he was able to control the ball and quickly laid it off to the team-mates. 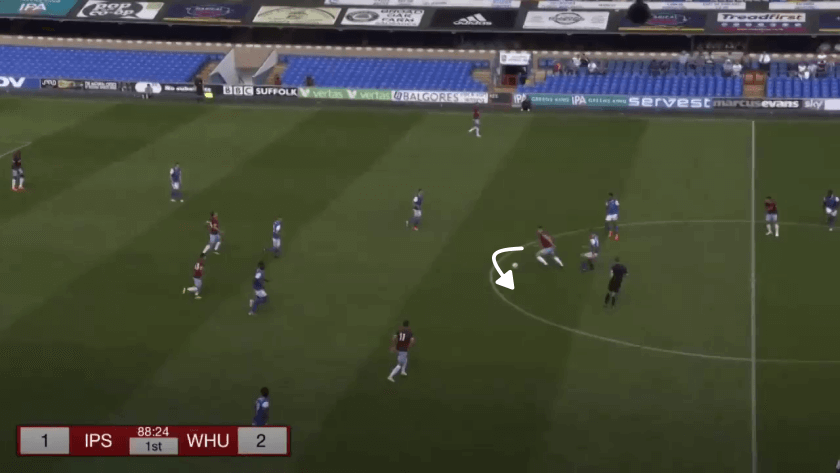 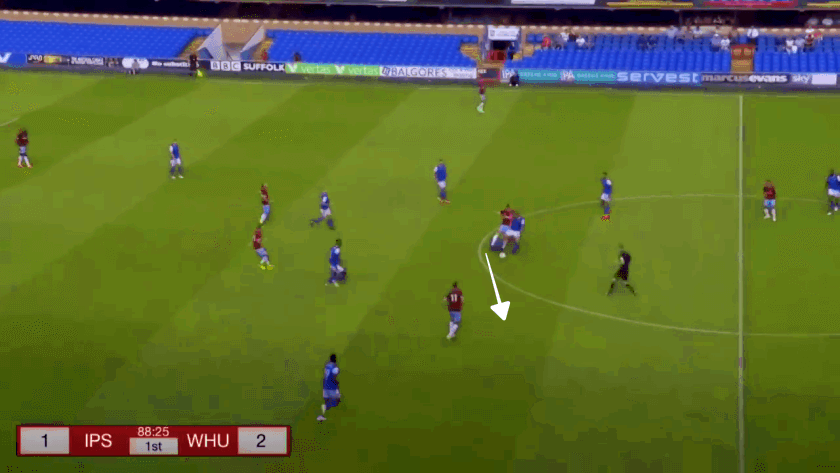 Seeing him playing is pretty good, that’s why he already has lots of fans. He does not fear to show what he capable of, but he still has to learn a lot though. Under Manuel Pellegrini is a huge opportunity to advance far in his development. Thus this season will be a highly important term in his life and career. If he gets constantly the chance for playing in the upcoming season and he getting better I will not be surprised if signing him to a bigger English club in the next one or two years. It will be interesting what the future holds for him.

Aaron Cresswell: the leader in disguise

“He Has Got Another Level” – Moyes Urges Hammer Of The...