West Ham have been the epitome of mediocrity since their return to the Premier League in 2012, with one outlier finish in the top seven securing the club’s best performance of the decade. Manuel Pellegrini’s arrival was supposed to be a step in breaking the trend, due to his exploits at Manchester City, along with Villarreal. However, the Hammers’ poor start to the season has left them with work to do to distance themselves from the pack at the foot of the table. They’re only four points clear of the relegation zone after 12 matches, despite a summer of heavy investment in the transfer market.

The pressure was on Pellegrini after West Ham lost their opening four games, including a poor defeat at London Stadium at the hands of Wolves, with BBC reporting their start to the season as ‘miserable’. Results have started to even out as the Hammers have become accustomed to their manager’s style of play, but there’s a long way to go with the team being backed by Betway at odds of 22/1 as of 21st November to be relegated to the Championship. Their odds are shorter to finish in the top ten, highlighting the quality of the squad, although talent does not always get the results required to place in the top half. 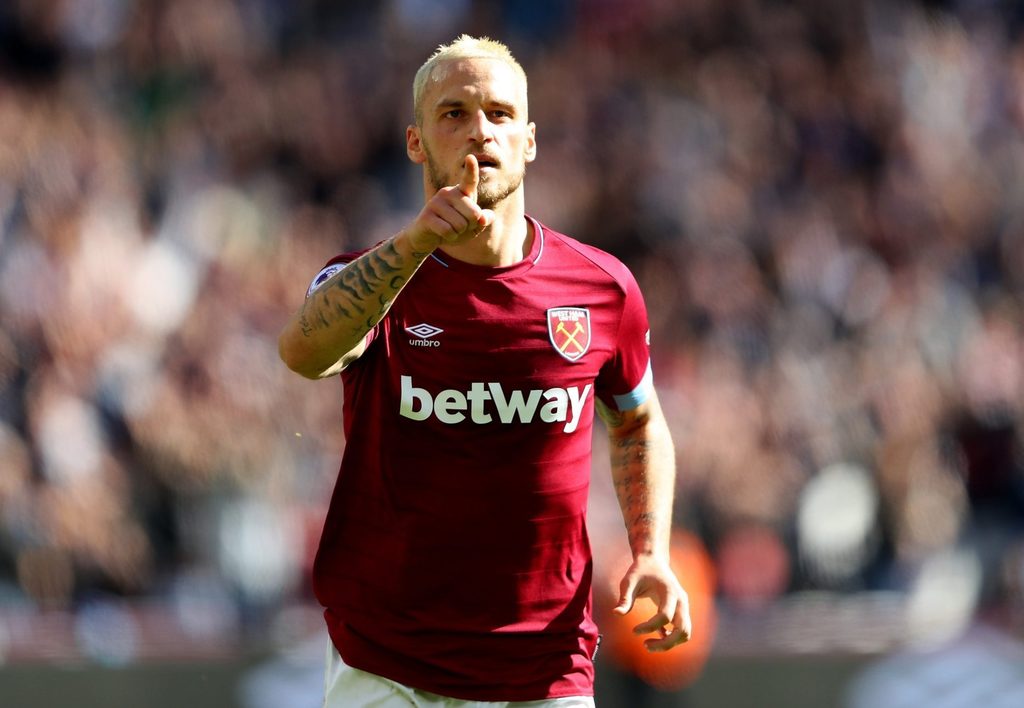 West Ham have had mixed success in the transfer market over the last few seasons. Marko Arnautovic has been a vital addition, with the Austrian starring for the club in the final third. He blossomed under the tenure of David Moyes after a slow start to his Hammers career under Slaven Bilic. The 29-year-old has continued to thrive under Pellegrini, scoring five goals in his ten Premier League appearances thus far. Arnautovic has been needed to be at the peak of his powers, as Javier Hernandez has been a disappointment after his move from Bayer Leverkusen. The Mexican cost £25m to lure to East London and is reportedly on £145,000-per-week wages. West Ham have not seen the return on their investment, which was boosted by their sleeve sponsorship with Basset and Gold, with the striker notching only 10 goals in his 17 months at the club in 43 appearances in all competitions.

An area of concern for Pellegrini will be the age of his forwards, Arnautovic, Hernandez and Andriy Yarmolenko are 29 or older. There are already issues with their durability, which could loom large if they are dragged towards the basement of the Premier League towards the end of the campaign. Felipe Anderson has been a breath of fresh air and has been everything that West Ham would have wanted in their side following his move from Lazio. He has delivered on expectations, with four goals and an assist to his name, according to WhoScored?. The 25-year-old will only improve with further playing time in the Premier League, which is an exciting prospect for the Hammers to have a star man in the middle of the park.

One of the question marks raised over the appointment of Pellegrini was his appetite for building a team in a similar mould to his time at Villarreal and even Malaga. At the age of 65, he does not have time on his side unless he has a desire to coach into his last sixties and early seventies. The Chilean signed a three-year deal in the summer – the same period of time he spent with Malaga. During his time with the Spanish outfit, he guided them into a fourth-place finish, earning a Champions League berth in the 2011/12 campaign. In their run in the competition, Malaga reached the quarter-final stage where they were only beaten by finalists Borussia Dortmund.

Pellegrini battled budget constraints before his move to Manchester City, and since his departure, those financial issues have sent Malaga tumbling into the Segunda Division. West Ham’s best-case scenario would be to match the performance of Pellegrini’s Villarreal side, who consistently overachieved, including a second-place finish in LaLiga. There’s talent in the Hammers squad and with further investment, there’s a possibility they could take a step forward to move closer towards the top six. The first season will be crucial to their development. A top-ten finish would give Pellegrini and company a solid platform, building around Felipe Anderson and Arnautovic to propel a charge towards a Europa League place, which, in this day and age, would be a tremendous achievement.

Who Could Replace Declan Rice at West Ham?

Does Wilshere Deserve To Slot Straight Back In For West Ham?

How West Ham stopped Liverpool dead in their title tracks

10 Things You didnt Know About: West Ham and England